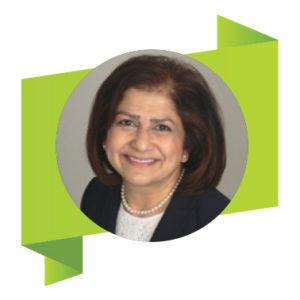 The Wow Effect of Turmeric (Curcuma longa) to Improve Health!

This presentation is a literature review aimed to enlighten readers on the many ways turmeric can enhance health when taken as food and beverage, externally as health and beauty products and therapeutically as supplements. Turmeric has been used in the traditional cuisine and medicine of Ayurveda, Chinese Medicine and in Persian-Arabic systems. Published studies have shown that the underlying actions and clinical effects of turmeric have been shown to be: 1) anti-inflammatory, 2) antimicrobial, 3) anti-oxidant, and 4) wound-healing properties. Published clinical trial data suggest that turmeric either alone or in combination with conventional modalities reduce the morbidity or mortality from several disease states. Use of turmeric along with the conventional modalities has indicated improved health outcomes after turmeric use, reducing the adverse events profile. Additionally, the bioavailability of turmeric has been shown to be greatly enhanced up to 2000% by the addition of just one percent black pepper for better absorption. Specifically, the use of turmeric has been demonstrated to mitigate the symptoms of several chronic diseases such as arthritis, allergic rhinitis, asthma, cancer (breast, pancreatic, prostate, colorectal, lung, multiple myeloma), cardiovascular disease, diabetes, digestive disorders such as irritable bowel syndrome and gastric ulcer to name a few disease states. While the mechanisms of action are not entirely clear, published studies have shown that turmeric inhibits networks of cancer cell growth. Studies have also shown that the active component of turmeric to be curcumin, a polyphenol molecule derived from the Curcuma longa flowering plant, which exhibits anti-inflammatory, antioxidant and anti-tumor properties. This literature review also shows that curcumin increases the sensitivity of chemotherapeutic drugs and protects from toxicity of cancer therapy. Thus, turmeric may be considered a powerful component, with curcumin as its primary active constituent that mitigates many health conditions. 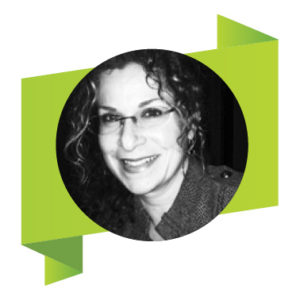 Perimenopause is the period leading up to menopause and can begin in the mid-thirties or forties in women. It begins with dropping progesterone levels and ends with dropping estrogen levels.  For many women, during this period of time, mood becomes unpredictable, there is weight gain, and their energy levels drop off. Often, women experience a combination of all three. Further, perimenopause can be a much more inconsistent period with hormone fluctuations than actual menopause itself. Many symptoms of perimenopause feel like more intense symptoms of premenstrual syndrome. Emotional and physical effects are far reaching including problems with sleep, memory and cognitive function. Additionally, there appears to be an inflammatory component to perimenopause after age forty, coined “inflammaging” which is the combined result of increasing inflammation and accelerated aging.  Standard treatments for women with fluctuating hormones and complaints of mood instability have been to “mask” the symptoms with birth control pills or antidepressant medications.  While there is a time and place for antidepressants and hormone therapy, addressing the bottom line – the causes of poor health and neuroendocrine imbalance by looking at diet and lifestyle seems a far more reasonable solution than prescriptions that mask symptoms only to add new ones. Through a literature review, this presentation will focus on connecting perimenopausal symptoms with inflammation and reducing symptoms by addressing nutrition and lifestyle in these key areas to improve transitioning hormones and better overall health in perimenopausal women. 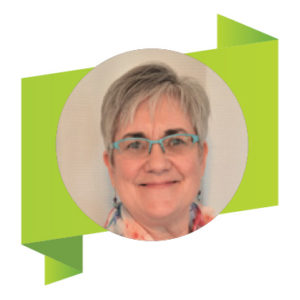 The medicalization of menopause results in menopause hormone therapy as the de facto first-line treatment prescribed to women in midlife without regard for other factors that might cause the symptoms experienced during this natural and genetically programmed transition. The medical and scientific communities often overlook the effects of chronic stress on the menopause transition and the ramifications to long-term health. Indeed, research has validated that psychosocial factors, such as employment, depressed mood, and perceived health, significantly affect a woman’s experience during the menopause transition. Additionally, research has identified social support and strong family ties, a trait of hunter-gatherers and other traditional societies, as potentially protective of health. Studies have demonstrated that consuming a Paleolithic-type diet produced significant improvements in metabolic and physiologic measures associated with the chronic diseases of which post-menopausal women experience increased risk such as cardiovascular diseases, diabetes, and obesity. Thus, for North American working women in midlife, an ancestral diet and lifestyle might reduce the symptoms attributed to menopause by helping counter the adverse physiological and psychological effects of chronic stress and reduce the risk of developing chronic diseases of aging. The educational program and action plan “A Primal Pause” teach women in midlife a diet and lifestyle inspired by those of hunter-gatherers and early agrarian/herder societies. The program emphasizes the consumption of nutrient-dense, local, seasonal foods, eliminates the inflammatory foods of the standard American diet, and encourages sleep, exercise, and socialization behaviors to which the human genome has adapted. 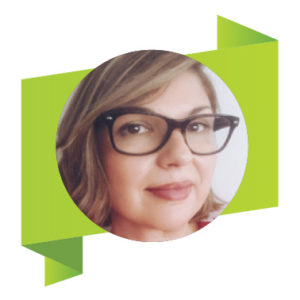 Low income and at-risk populations struggle with chronic diseases and social determinant barriers, which can include lack of access to nutrition information and support. When patients receive a doctor’s recommendation that includes healthier lifestyle and eating changes, the knowledge for change may be absent and/or is unclear. The current research presents a nutritional program combined with teaching and practical hands-on experiences for healthier eating patterns.  The program was conducted with 144 participants over a period of ten months, and consisted of weekly two-hour classes for four weeks. The protocol involvedhands-on cooking classes to address seven barriers to healthy eating elucidated in the 2017 Health Equity study: Perspectives on Barriers to Eating Healthy Among Food Pantry Clients. These barriers are: cost of healthy food, rationing within the family, lack of time, lack of adequate kitchen equipment, lack of nutrition knowledge and skills, and lack of social support for eating healthy. The program addressed these barriers in weekly sessions: 1) foods and health benefits 2) healthy eating steps 3) meal planning / shopping skills and 4) healthier cooking techniques. Class format included lecture, group and private coaching, cooking skills and grocery shopping tours. Each of the barriers were undertaken with a practical set of methods which consider health conditions, such as allergies or intolerances, budget, kitchen set-up, weekly meal planning and preparation time allotment. The recipes and cooking techniques targeted obesity, diabetes, and cardiovascular diseases, and were applicable to cultural roots and traditions. At the conclusion of the program the majority of the participants demonstrated behavioral improvements in cooking decisions and habits, meal planning, shopping skills, and increased physical activity. The physiological improvements in the participants were lowered blood levels of hemoglobin A1c, improved blood cholesterol profiles and weight loss. The participants also indicated improvements in their digestion and energy levels. 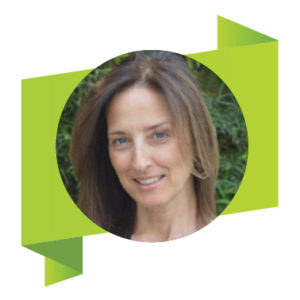 Menopause is associated with changes in body composition, abdominal fat deposition, and other adverse health outcomes. The current presentation is a review of literature, which indicates that estrogen deficiency is at the core of the condition, alongside a decrease in energy expenditure and sedentary lifestyle.  While the question of whether weight gain during menopause is due to aging or a result of hormonal changes and is the center of research, it is clear that it a complex processes.   The accumulation of abdominal adiposity during menopause has been a concern to the health community, as it is associated with coronary heart disease, metabolic syndrome, and diabetes. Moreover, sex hormones have a strong influence on body fat distribution and adipocyte differentiation. Estrogens and estrogen receptors regulate aspects of glucose and lipid metabolism. Disturbances of these metabolic signals might lead to a higher cardiovascular risk in women. Thus, addressing and controlling the accumulation of abdominal adiposity will have a substantial effect on the occurrence of coronary problems and other health conditions.  The suggested protocol, based upon the literature, for combating the change in fat distribution and the accumulation of intra-abdominal fat, is founded upon a combination of healthy diet and physical activity, along with attention to psychological and psychosocial factors. A plant-based diet with nuts and seeds, omega 3 fatty acids, legumes, and fiber has been shown to provide the necessary nutrients to support the body changes in menopause and postmenopause. Key nutrients are vitamin D, calcium, and magnesium. Additionally, physical activity is essential for maintaining weight and reduces changes in fat distribution. Engaging in physical activity for at least 30 minutes daily, combining low and high-intensity exercise and endurance exercise will reduce abdominal fat accumulation, decrease weight gain, and improve insulin sensitivity.

Phytochemicals that Reduce the Risk and Symptomology of Colorectal Cancer

Colorectal cancer (CRC) is the third most common cancer diagnosed in both women and men in the United States. This presentation will focus on mitigating colorectal cancer risk and symptoms through a plant-based diet that is rich in phytochemicals. Indeed, as reported by the American Cancer Society many colorectal cancers are a result of lifestyle influences and are not inherited. This has been shown in published studies, which indicate that most incidences of CRCs are sporadic while 10% have a clear genetic background, thus providing the opportunity for ameliorating CRC risk and symptoms through diet.   The American Cancer Society suggests that a diet that includes vegetables, fruits, and whole grains leads to a decreased risk of colorectal cancer, but recommendations for specific plants or phytochemicals have not been provided. Furthermore, specific phytochemicals have been identified in fruits, vegetables, and spices, which exhibit chemopreventive potential. For example, animal models and human studies have shown that glucosinolates, curcumin, lycopene and allicin are effective therapeutic compounds for CRC. Glucosinolates in cruciferous vegetables, curcumin in turmeric, lycopene in tomatoes and allicin in garlic possess antineoplastic effects via multiple mechanisms including: inhibition of carcinogen-activating enzymes, detoxification of carcinogens, induction of apoptosis, arrest of cell cycle progression, modulation of inflammation, and suppression of angiogenesis. However, the results in epidemiological studies have been inconsistent possibly due to: difficulty of assessment of intake levels, dose, epigenetic modifications and variability in the gut microbiome, and how well the food is absorbed among other factors. This presentation aims to clarify these inconsistencies by providing an in-depth review of published studies to support the importance of regular consumption of plant-based foods with glucosinolates, allicin, lycopene and curcumin that have anti-cancer properties to reduce CRC risk and symptomology.

What Members Are Saying

"Not only does NANP support us as Nutrition Professionals as a whole, but the community and resources that we can use in our day to day business are all there for us in one place." 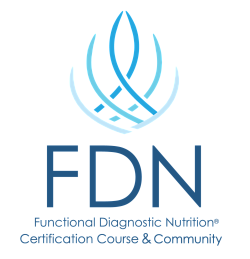